Morning Plenaries
Keynote Lectures
Each OSC day starts with a short video review of the day before and two inspiring keynote lectures. All keynote lectures were recorded.
We are offering the opportunity for a small group of Early Career Researchers (ECR) to have an informal lunch with the morning's two plenary speakers. If you wish to have the chance to take part in this opportunity please fill in this form by 3 June! 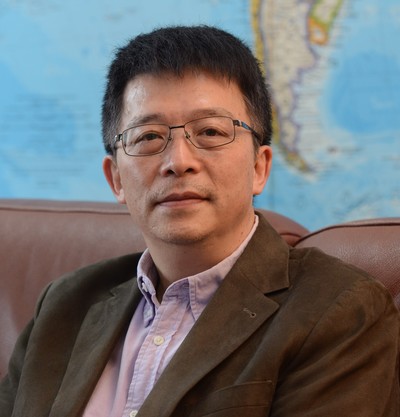 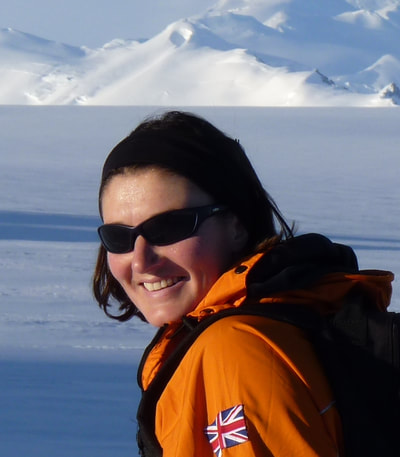 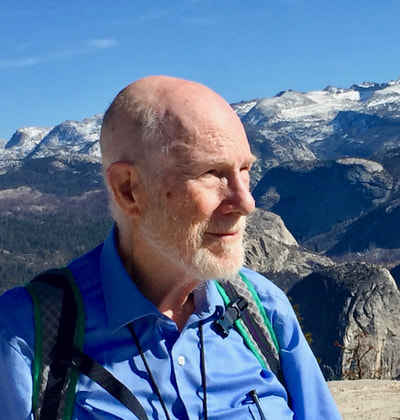 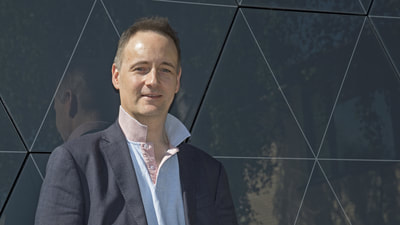 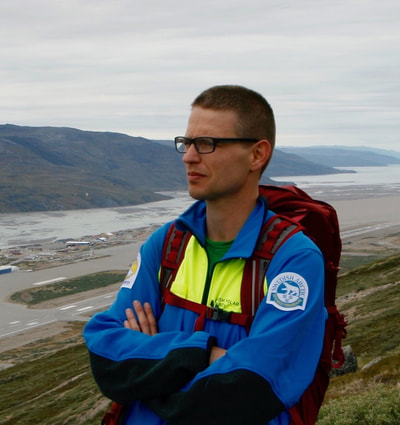 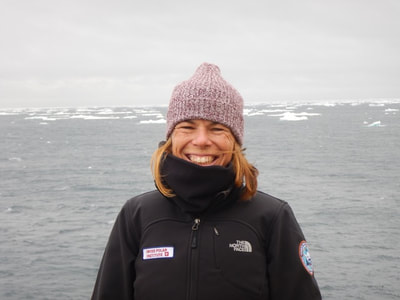 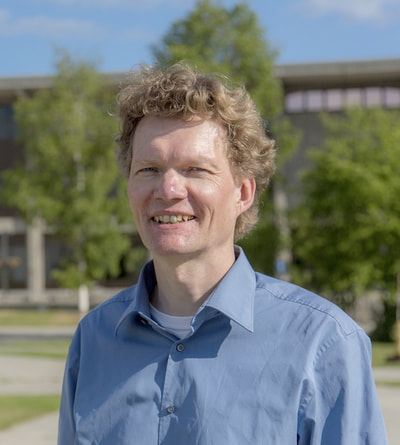 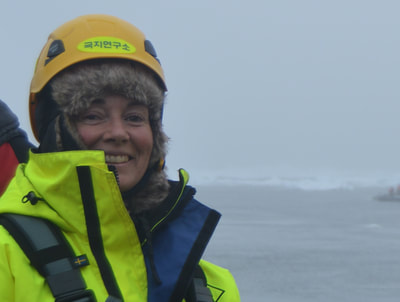 Dake Chen is a fellow of Chinese Academy of Sciences, and is currently working at the Second Institute of Oceanography in Hangzhou, China. He received his Ph.D. in physical oceanography from the State University of New York at Stony Brook in 1989, and has worked in the fields of ocean and climate sciences ever since. His research interest includes ocean-atmosphere interaction, ocean general circulation, coastal ocean dynamics, tropical climate variability, as well as polar climate and its global connections. He is now serving at many international and national scientific committees, and is playing an instrumental role in promoting and organizing several large-scale national campaigns in ocean and climate research.

Liz Thomas is a paleoclimatologist and head of the ice core group at the British Antarctic Survey. She uses stable water isotopes and geochemistry from ice cores to reconstruct past climate, surface mass balance and sea ice variability in the Polar Regions over centennial to millennial time scales. She is chair of the PAGES working group, Climate Variability in Antarctica and the Southern Hemisphere over the past 2000 years (CLIVASH2k) and has led several ice core drilling projects in the Antarctica Peninsula, West Antarctica and Svalbard, and participated in major international drilling projects in Greenland (NEEM). Most recently she led an international team to collect some of the first ice cores from the sub-Antarctic islands as part of the Antarctic Circumpolar Expedition (2016/17).

Oran Young is professor emeritus and co-director of the Program on Governance for Sustainable Development at the Bren School of Environmental Science & Management at the University of California (Santa Barbara). His research focuses on theoretical issues relating to the roles of social institutions as governance systems with applications to matters of governance relating to climate change, marine systems, and the polar regions. He also does comparative research on environmental governance in China and the United States. Dr. Young served for six years as founding chair of the Committee on the Human Dimensions of Global Change of the US National Academy of Sciences. He chaired the Scientific Steering Committee of the international project on the Institutional Dimensions of Global Environmental Change (IDGEC). He was a founding co-chair of the Global Carbon Project and from 2005 to 2010 chaired the Scientific Committee of the International Human Dimensions Programme on Global Environmental Change. An expert on Arctic issues, Dr. Young chaired the Steering Committee of the Arctic Governance Project and is the science advisor to the North Pacific Arctic Conferences. Past service in this realm includes co-chair of the Working Group on Arctic International Relations, co-chair of the NAS Committee on Arctic Social Science, member of the US Polar Research Board, founding board member of the Arctic Research Consortium of the United States, vice-president of the International Arctic Science Committee, chair of the Board of Governors of the University of the Arctic, consultant to the Standing Committee of Parliamentarians of the Arctic Region, and co-chair of the 2004 Arctic Human Development Report. He is the author or co-author of more than 30 books. His recent books include On Environmental Governance: Sustainability, Efficiency, and Equity (2013) and Governing Complex Systems: Social Capital for the Anthropocene (2017).

Mike Meredith is an oceanographer and Science Leader at the British Antarctic Survey (BAS) in Cambridge, UK. He is head of the Polar Oceans team at BAS, which has research foci on determining the role of the polar oceans on global climate, the ice sheets, and the interdisciplinary ocean system. He holds an honorary Chair at UHI, is a fellow of the Royal Meteorological Society, and a NERC Individual Merit Promotion (Band 3) scientist. Previously he led a research team at the Proudman Oceanographic Laboratory, Liverpool, and was a NERC Independent Research Fellow. He led the design and delivery of the multi-institute, £10M ORCHESTRA programme, which aims to unravel the role of the Southern Ocean in controlling global climate. He is currently Coordinating Lead Author for the IPCC Special Report on Oceans and Cryosphere in a Changing Climate.

Peder Roberts is Docent and Researcher in the Division of History of Science, Technology and Environment at KTH Royal Institute of Technology in Stockholm. He has published widely on the history of science, environment, and politics in the polar regions during the twentieth century and conducted fieldwork in Greenland and Svalbard. More recently Peder has worked with archaeologists, geographers, and cultural heritage scholars on new approaches to the history and legacies of mining in the Arctic. He is leader of the European Research Council project “Greening the Poles: Science, the Environment, and the Creation of the Modern Arctic and Antarctic”.

Jan Strugnell is an Associate Professor in the Department of Marine Biology and Aquaculture at James Cook University, Australia.  A key part of her research agenda concerns the use of genetic tools to investigate population and species level molecular evolution of Antarctic and deep-sea taxa in the context of past climatic and geological change. She is also interested in understanding the genetic signatures of marine species that are shifting range in response to climate change. Jan is the co-chief officer of AntEco (State of the Antarctic Ecosystem) – one of the two SCAR Biology programs.

Hajo Eicken is Professor of Geophysics and Director of the International Arctic Research Center at the University of Alaska Fairbanks. His research focuses on sea ice geophysics, with particular attention to Arctic coastal processes and their importance for human activities and ecosystems. In Alaska he co-leads efforts to enhance use of scientific data by stakeholders, drawing on a number of different approaches, including scenarios development and analysis. Present and past leadership of collaborative activities include chairing the Science Steering Committee of the U.S. Study of Environmental Arctic Change, co-leading organization of the 2016 Arctic Observing Summit, and chairing a U.S. National Academies Committee on Offshore Science and Assessment for Ocean Energy Management.

Anna Wåhlin is a Professor of Physical Oceanography at the Department of Marine Sciences, University of Gothenburg. Her research focus is in the field of Polar Oceanography, mostly in the Southern Ocean. Specifically her research investigates several aspects of dynamics of polar seas including physical oceanography, ocean circulation, topographic effects, ice shelf melt processes and air-sea-ice interaction. When Wåhlin was appointed professor in 2015 she became Sweden's first female full Professor of Oceanography. Wåhlin was between 2015-2017 co-chair of the joint Scientific Committee on Antarctic Research (SCAR) and SCOR initiative Southern Ocean Observing System (SOOS). She is an Associate Editor of the journal, Advances in Polar Science and member of IOW scientific advisory board (2016-2019). Wåhlin's awards include being a Fulbright Scholar (2007-2008),receiving a Crafoord Research Stipend from the Swedish Royal Academy of Science (2010), a SCAR visiting professor (2013), and receiving the Albert Wallin science prize from the Royal Society of Arts and Sciences (KKVS) in Gothenburg (2017).